Product developers and marketers may be paid a lot of money, but sometimes it’s with good reason.

Take bottled water, for instance. It’s a product that is essentially the same the world over, yet still one where some people express a strong preference for one brand over another.

In the United Arab Emirates, the bottled water market is huge – retail sales of bottled water increased by 8 percent last year to 1.31 billion litres, according to market research provider Euromonitor International. It cites the country’s hot climate and growing population as reasons for high levels of consumption.

And Abu Dhabi-based food group Agthia has managed to carve out a leading position in the market.

In an interview at the company’s Reem Island headquarters last month, Agthia’s CEO Tariq Al Wahedi told Zawya that there has been some heavy discounting in the bottled water market in the UAE this year, with the number of units offered via promotions increasing by 20 percent. 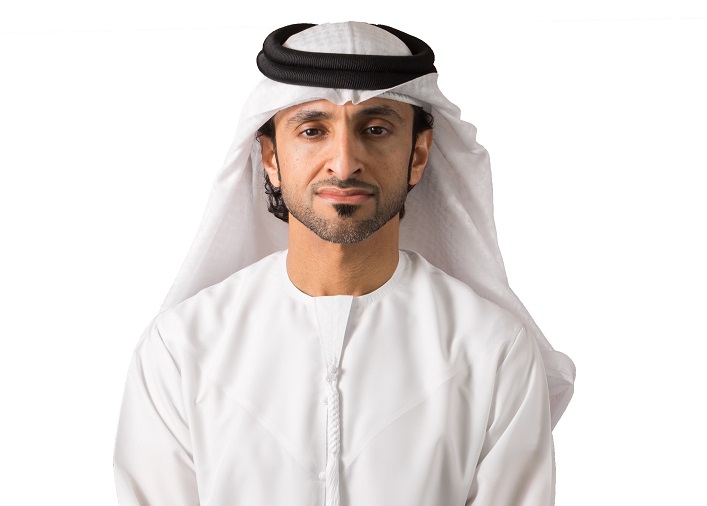 In a Q3 analysts’ call which took place prior to the interview, Al Wahedi had said that “unfavourable pricing” had impacted on the company’s bottled water revenues by 0.8 percent, which was better than the overall market decline of 2.3 percent. He also said it had managed to grow its market share by 1.43 percent (based on AC Nielsen’s figures).

Al Wahedi told Zawya that the firm is able to compete on price – “we are ready to fight like everybody else in the market”.

However, the company prefers to maintain an edge over competitors through innovation – not least because this is a way to protect margins, although it does involve more investment in R&D.

This week, it brought out a new water product aimed at infants, Al Ain Bambini, with a low-nutrient formula to complement formula milk.

This follows on from the firm’s Vitamin D-enriched water launched in January and the low-sodium Al Ain Zero water product created two years ago.

Al Ain Zero has performed so well that it has led to copycat brands appearing in the market, which Al Wahedi said is “kind of annoying, but frankly, it tells you that you we’re on the right path”.

The Vitamin D water is being patented, he says, and has proved popular in the Gulf where Vitamin D deficiency is a serious issue, with the International Osteoporosis Foundation warning that 90 percent of UAE residents suffer from it.

“Not a single house doesn’t have this problem,” Al Wahedi said. “My kids always forget to take these pills. So if I can have it in water that they will drink every day and it will supplement their requirement, it will help their growth.”

The Euromonitor report states that such ‘functional’ bottled water ranges such as the Vitamin D product still remains a niche in the UAE, selling just 100,000 litres last year. However, it added that the category “is likely to see new launches aimed at health-conscious consumers”.

Al Wahedi said that other innovations are on the way for Agthia, stating that the “functionalities you can add to water is unbelievable”.

Agthia also has resources at its disposal to devote to research. Last year, the group sold 2.05 billion UAE dirhams ($558.2 mllion) worth of products, and it is majority-owned by Senaat General Holding Corporation – the industrial conglomerate backed by the Abu Dhabi government.

Investments are also taking place in its agribusiness, which consists mainly of a flour milling arm and an animal feeds business. Again, this is a price-sensitive sector, but the firm has a joint venture with Dutch company Nutreco to produce animal feed adapted specifically for the temperature and humidity of the Gulf, which has already helped to reduce mortality rates of poultry during the summer months.

“We are getting into some new technologies for the feed that gives advantage to the farmer,” he said, citing a new split feed for hens as an example. It has an evening feed containing elements that help with eggshell formation overnight while a morning feed contain more proteins.

Agribusiness was once the core of Agthia’s operations, but the company’s focus has switched towards consumer products, which generally offer higher margins.

The share of the company’s revenues earned through its consumer business now stands at 55 percent – up from 53 percent last year.

During the third quarter of 2018, Agthia increased profit attributable to its owners by 5 percent to 49.5 million UAE dirhams ($13.5 million), despite revenue declining by 4 percent to 476.9 million dirhams. Al Wahedi told Zawya that like-for-like sales were “flat” compared to last year, with the revenue decline being the result of one-offs such as land sales and grain trading bolstering prior year results.

The increase in profit, meanwhile, was attributed to a reduction in its costs.

The company has been on a cost reduction drive as a result of subsidy removals – both to farmers and on fuel costs. Al Wahedi said Agthia managed to strip out around 60 million dirhams worth of costs last year, with the main driver being the adoption of automation, robotics and other technologies.

Similarly, the firm is investing in new IT systems, including new Enterprise Resource Planning and dynamic routing software that has optimised its warehousing system to minimise double handling of products and which finds the most efficient routes for deliveries.

“With increasing fuel rates, it became very crucial that you plan your route very well and you increase your efficiency in terms of drop size or in terms of the number of stops that you get throughout the day,” he said.

It has also installed newer, more efficient motors in its energy-intensive mills used to refine grains and flour, and moved away from using diesel to cleaner, compressed natural gas, where possible. Yet Al Wahedi argued that “you cannot survive only on cost optimisation”.

“You have to keep growing on the top line, and also your bottom line has to be healthy,” he said.

Water and juices form the biggest component of its consumer division, but it also has a dairy business producing Yoplait-branded yoghurt, a processed food division selling tomato paste and frozen vegetables, and a baked products division selling packaged croissants and muffins under its own Grand Mills brand.

The food business may be relatively small, at around 10 percent of nine-month revenues of 1.49 billion in 2018, but in certain markets such as Egypt, it is growing quickly, Al Wahedi said.

Other areas of expansion include a group of 27 retail stores the company is running via an agreement with Abu Dhabi Municipality, which Al Wahedi says are profitable, but are run as a CSR (corporate social responsibility) initiative, with discounted prices offered to local communities.

“They are profitable stores, the way that we run them, but we don’t do extortion. We have a mandate to support the community,” he said.

“As a manufacturer you can always manage your products best to give the right discount,” he explained.

The water business remains the focus for growth, though.

Some 82 percent of water sales in the first nine months of 2018 were in the UAE, but the company recently began full commissioning of its new plant in Kuwait, which produces 25,000 bottles per hour, and began production in Iraq.

Al Wahedi said the company knows that in many countries (particularly the Middle East) there will eventually be laws in place banning water exports, so building capacity in individual markets may become a necessity. It is actively seeking an acquisition in Saudi Arabia, which already accounts for about 17 percent of company sales via distribution facilities in Riyadh and Jeddah.

It is also “assessing several countries in Asia” with a view to expanding into new markets which, again, would eventually be served by local factories. Al Wahedi said it is targeting countries with major population centres but which still have fairly low consumption rates for bottled water.

“Now, we are doing exports so we are seeding the market just to see how the product is received. Once it picks up, I’m sure that we will be considering investment into those countries,” he said.

He told Zawya in a telephone interview last month that the company had “taken out a lot of flab in the last two years in terms of efficiencies, increasing automation and cost cutting”.

However, he added: “I don't know how much more headroom there will be to realise from cost efficiencies in 2019 and onwards.”

He also said that given the weak regional macroeconomic conditions, growth rates are likely to remain slow.

“There's a lot of price competition in the bottled water segment,” Lakhotia added.

If it’s true that only the strongest survive, the lead that the firm has built in terms of market share offers some respite, although its marketers and its scientists will need to remain on their toes to ensure this is retained.